Too many of my Christian friends prefer not to be in each other’s company. What am I to do?

Part of my dilemma stems from the variety of friends I have recently made.

For instance, there is my signs-and-wonders charismatic friend, who is staunchly nonpolitical and believes that activism is dangerous to the soul and contrary to the gospel. Then there is my activist friend, who, inspired by the early Christians, sees little wrong with socialism and is distraught over racial injustice. There is my evangelical friend who is a hyper pro-Trumper, refusing even to look at President Biden’s face, and my other friend who sympathizes with a group called “Believers for Biden.” My friend the homeless advocate works tirelessly to build tiny villages in Denver, while a pastor I know well is intent on not ruffling any feathers in his congregation, especially when it comes to things like zoning laws. My neighbor down the street is a Christian herbalist mystic who tells me that our biggest problems lie within; while my city-council friend is intent, as a public witness to the state, to gather people on his front lawn for worship despite certain COVID restrictions. I could go on.

An interesting and eclectic circle of friends. I love them all. But I have to admit, it frustrates me that the one common denominator they all share, Christ, hardly ever factors in. There exists an unspoken, stubborn resignation: coming together, even as Christians, with people you seriously disagree with just ain’t possible.

I’m baffled as to why this is, especially if following Jesus is our starting and ending point. If he is the source of our faith, then how have we become so alienated from each other? Perhaps this is because we are forgetting how radical Jesus was. Peter Wehner recently wrote, “First-century Christians weren’t prepared for what a truly radical and radically inclusive figure Jesus was, and neither are today’s Christians.” We seem to have lost our belief that radical inclusion is actually possible. For some I know, it’s not even desirable.

And yet, the fact remains: Jesus was a radical inclusionary. Jesus hung out with all the wrong people: the half-breed Samaritans (including a shady woman at the well), filthy tax collectors, cursed lepers, the lame, the blind, the possessed; all who were considered worthless and useless. In short, as Wehner puts it, Jesus made company with “men and women living in the shadow of society.”

Not only this, Jesus brought enemies together. He not only transgressed boundaries, he broke down barriers – forming a community that was, from a human point of view, not humanly possible.

Recall Jesus’ band of followers. They certainly were unlikely fellows: Judas Iscariot, Jude, and Simon the zealot were Jewish nationalists filled with hatred for, and aiming to be rid of, the occupying Romans; Matthew was an unclean tax collector, considered a traitor and despised by his fellow Jews for being complicit in Rome’s occupation; and Peter, James, and John were all lower-class Galileans with reputations for living unruly and uncouth lives. Yet together they formed a cohesive band with a brand new cause.

And then there were those “others” Jesus hung with, either in conversation or at table or on the road. There were the Sadducees, the priestly aristocracy, who made their way to power and did everything they could to maintain their privileged position under the Romans; the Herodians, a small group that supported the fanatic Herod and embraced Hellenization; and finally the Scribes and Pharisees, strict and fanatical adherents to the Jewish law who despised compromise and colluders. They all hated each other (sound familiar?), and yet Jesus not only related to them, but called them to follow him together.

In the light of this, Wehner asks the following: “Who are the tax collectors of our era, the people we despise but whom Jesus would welcome, those around whom we are [sic] determined to build a ‘dividing wall of hostility,’ to use the imagery of the Apostle Paul?”

Good question. It certainly makes me think about my own circle of friends. Though most of them are not from the margins of society nor “enemies” at each other’s throats, nevertheless far too many of them condemn one another. Foreboding walls exist between them despite their common profession of faith in Jesus Christ.

How can this be? For Jesus came precisely to abolish the social, political, religious, ethnic, and economic boundaries that kept people apart. He called people away from their current stations in life, with their dominant mindsets of mistrust and animosity, into a new order wherein the principalities and powers were visibly disarmed and dismantled (Col. 2:15).

Jesus led people out of their own rendition of reality and formed a new kind of family, where there existed neither rich nor poor, Jew nor Greek, slave nor free, male nor female (Gal. 3:28). Jesus welcomed all, and in so doing, transformed each person from the inside out, and transferred them from one kingdom to another. He lifted them out of the mire of division, discord, and hate, and brought them into a peaceable people where walls really came tumbling down.

But what about us? Is Christ’s kingdom radically inclusive today or is it not? Is the new community he came to establish a real possibility, or is it just a theological pipedream?

Our current situation is badly in need of repair. Our challenge, however, is not that we try harder to affirm diversity or learn to better tolerate one another (although that wouldn’t be a bad place to start). No, our challenge is whether we are willing to go back to the Source, to die to ourselves and to our hotheaded opinions, and become who we truly are in Christ: one body, serving one another in a life of practical love, demonstrating that God’s politics and God’s kingdom of justice are altogether greater than the world’s. Are we determined to live out what the world on its own cannot become?

If we’re honest, Jesus’ radicalism judges us. For we have become far too animated over issues that aren’t Christ’s deepest concerns. Consequently, the world looks upon us and sees little more than a religious variant of what itself already is: a people divided by walls of self-interest and self-righteousness. We are guilty of having embraced agendas and lesser lights that have, over time, convoluted and compromised our true calling. We have wandered off the narrow way – looking left, looking right, looking elsewhere other than to Christ and his cause.

Jesus prayed that his followers would be one – all his followers, from every tribe, tongue, and nation (John 17:21). This prayer is as radical as Jesus was. The question to us is this: Will we or will we not strive to be an answer to this prayer? Or will we remain cemented in opinions that prevent us from laying down our lives for one another?

As iron sharpens iron, let us take deliberate steps to turn away from the things that sow mistrust and disunity among us. Let us instead draw closer to each other, as hard as this may be, humbly addressing yet boldly exorcising the demons that have marred our witness and superseded our ultimate allegiance. Let us be determined to be as radically inclusive as Jesus was.

There is info HERE on the author of this article. 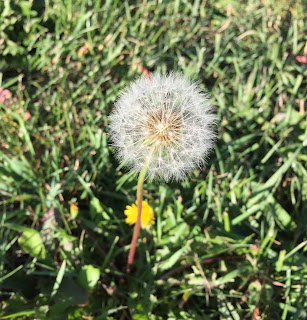 Now may the God of patience and comfort grant you to be like-minded towards one another, according to Christ Jesus, that you may with one mind and one mouth glorify the God and Father of our Lord Jesus Christ.  Therefore receive one another, just as Christ also received us, to the glory of God.

He has shown you, O man, what is good; And what does the Lord require of you

But to do justly, To love mercy, And to walk humbly with your God?