Made a Banana and Walnut Loaf today... 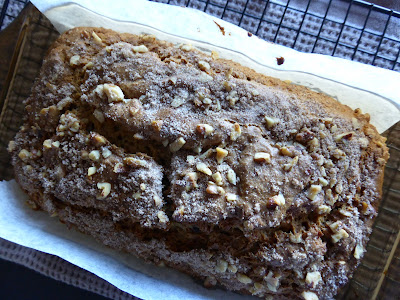 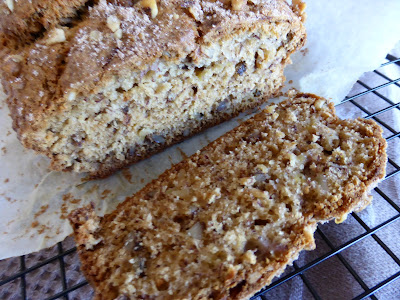 I replaced some of the white flour with wholemeal flour and almond meal.  Also added some cardamom and allspice.  And sprinkled brown sugar/cinnamon and chopped walnuts on top before cooking.


Then went outside and chopped down more rose bushes... 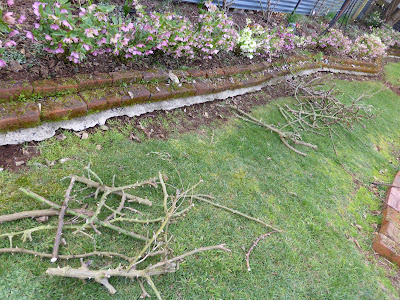 the hellebores are pretty...aren't they!
It's been a lovely day weatherwise.  I'm just back from my afternoon walk.  Time to light the fire (I think it's going to be a cold, frosty night), cook some tea (as in 'dinner') and settle in for the night.
xx
Posted by Lynda at 5:59 PM 2 comments:

I had planned on getting this post done yesterday, but as it was a sunny day (and there is rain forecast), I decided to do some more tidying in the garden. 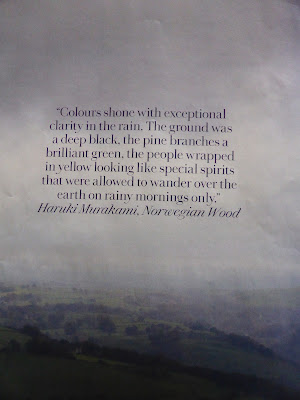 I have discovered I am a homichlophite...a person who loves fog :)  I was reading an article about pluviophiles (lovers of rain) and wondered if there was a name for lovers of fog...there was! 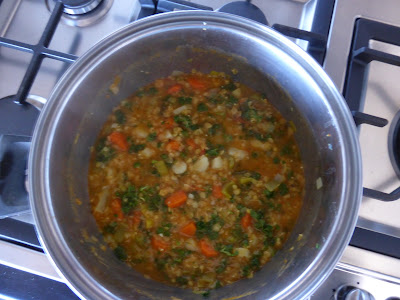 And added some leftover vegies and meat... 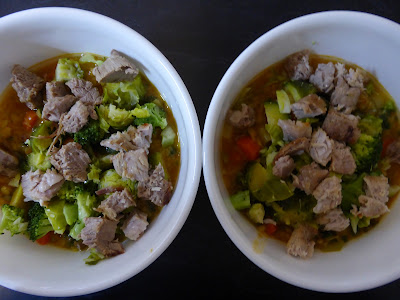 one bowl for today...and one for tomorrow 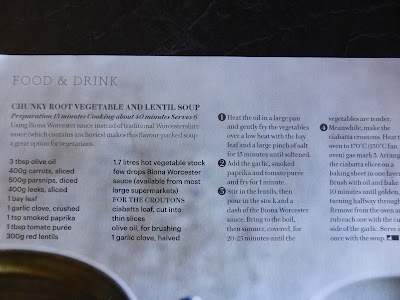 if you enlarge it you should be able to read it
I varied it a bit, to use what I had


And on the knitting front, I've ordered some yarn from Bendigo Woollen Mills...


I'm using this pattern as a guide... 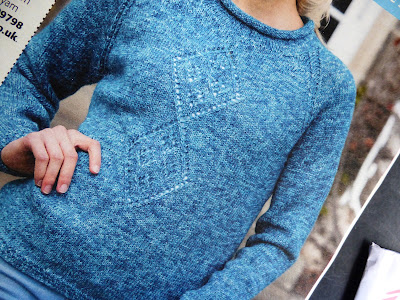 but not doing the diamond pattern


Will do garter/moss stitch across the body and sleeves like this... 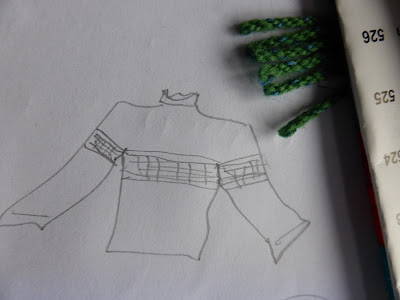 
While waiting for the yarn to arrive, I continue knitting my charity blanket squares... 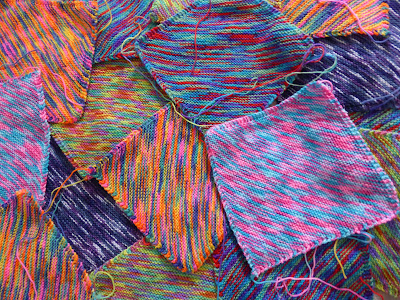 And reading THIS book from the library... 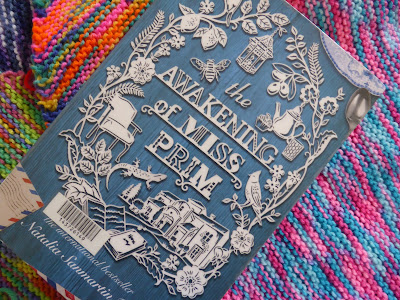 As recommended by Lisa.  Only just started it...it's different...will see how I go...

This is Brennan Manning... 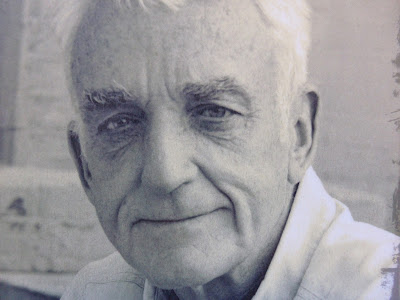 the face says it all...pain and compassion...sadness and peace...
I think it's a beautiful face


And this is what he wrote...
“A Word Before All Is Grace was written in a certain frame of mind—that of a ragamuffin.
Therefore,
This book is by the one who thought he’d be farther along by now, but he’s not.
It is by the inmate who promised the parole board he’d be good, but he wasn’t.
It is by the dim-eyed who showed the path to others but kept losing his way.
It is by the wet-brained who believed if a little wine is good for the stomach, then a lot is great.
It is by the liar, tramp, and thief; otherwise known as the priest, speaker, and author.
It is by the disciple whose cheese slid off his cracker so many times he said “to hell with cheese ’n’ crackers.”
It is by the young at heart but old of bone who is led these days in a way he’d rather not go.
But,
This book is also for the gentle ones who’ve lived among wolves.
It is for those who’ve broken free of collar to romp in fields of love and marriage and divorce.
It is for those who mourn, who’ve been mourning most of their lives, yet they hang on to shall be comforted.
It is for those who’ve dreamed of entertaining angels but found instead a few friends of great price.
It is for the younger and elder prodigals who’ve come to their senses again, and again, and again, and again.
It is for those who strain at pious piffle because they’ve been swallowed by Mercy itself.
This book is for myself and those who have been around the block enough times that we dare to whisper the ragamuffin’s rumor—
all is grace.”

― Brennan Manning, All Is Grace: A Ragamuffin Memoir
I read this book a few years ago, but as I was browsing the bookshelves looking for some Weekend Words, I came across it again.
If you haven't read it...please do
And if you have read it...read it again
It's a beautiful book!
Tout est Grace
xx
Posted by Lynda at 4:02 PM 6 comments:


Just email a photo to Salihan at Ecoyarns of my finished blanket... 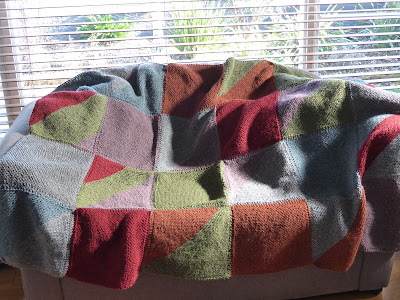 So if you want to make one too...go visit Ecoyarns and buy some Mithral yarn!
xx
Posted by Lynda at 2:22 PM 4 comments: 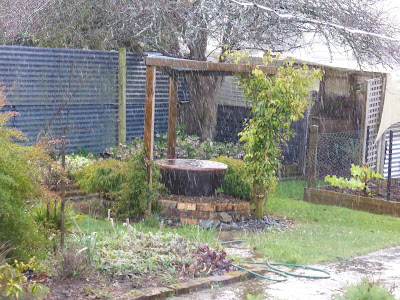 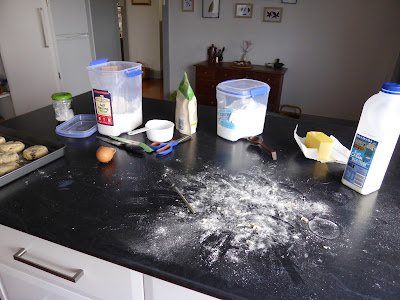 clean up while they cook


Wrap in a teatowel when cooked... 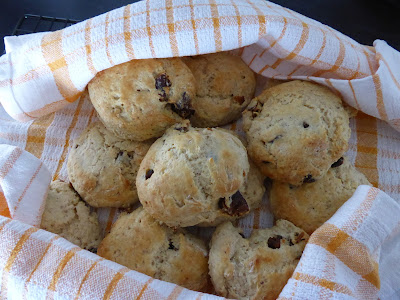 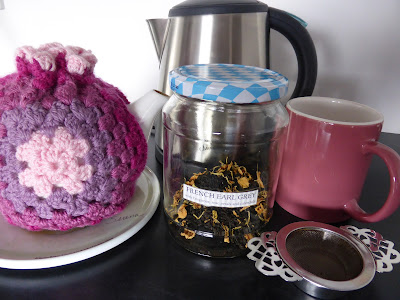 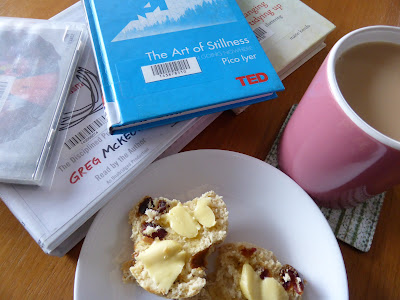 I should have stopped at two 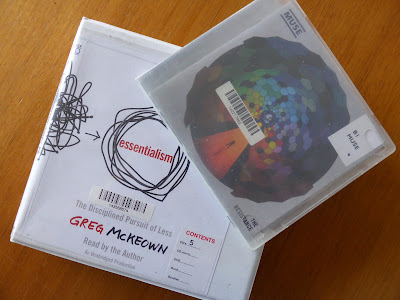 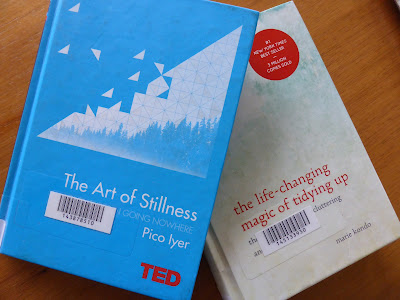 
And before you know it...the sun will be shining again... 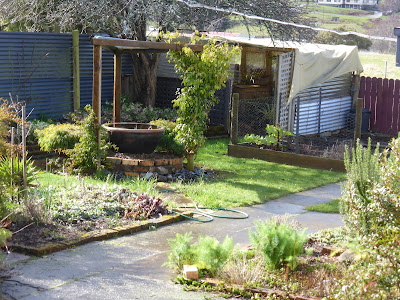 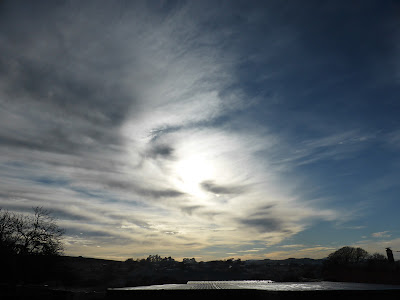 And God said, Let there be light: and there was light.
And God saw the light, that it was good: and God divided the light from the darkness.
And God called the light Day, and the darkness he called Night. And the evening and the morning were the first day.
Genesis 1:3-5 King James Version (KJV)
Posted by Lynda at 2:09 PM 2 comments:

The next best thing...

If you can't go to the sea, then you need to bring the sea to you... 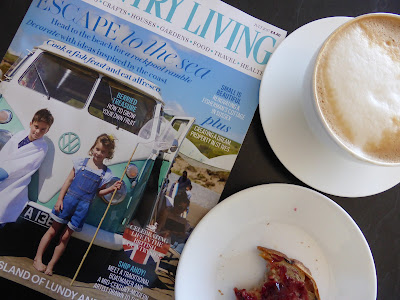 And while on the sea theme, I picked up this book at the op shop recently.  I read it years ago (along with her other books), and really enjoyed it.  Looking forward to a re-read... 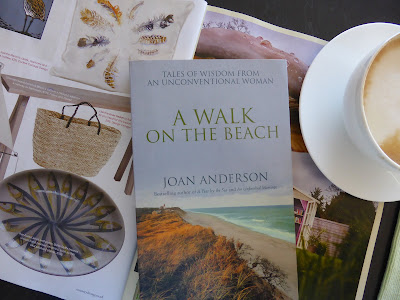 Even though we still have a few weeks to go till the official date, spring is definitely in the air, with trees beginning  to blossom and bulbs starting to bloom.  It is also very windy today, which is quite typical for spring here,  and my head does not like it,  so has decided to ache :(.
I have been working in the garden all week, cutting out plants I don't want, before the spring growth starts in earnest.
But I feel a trip to the sea (Stanley) is in order, at least before the year's end...

On the crafting front, the Hobbit/Mithral blanket is finished (except for the ends I've still to weave in that are hiding at the back)... 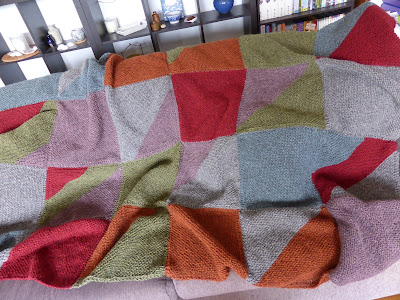 it's actually not as bright as it looks here, but much more muted (thank goodness!)

And these little blankets are being packaged up and posted to KOGO... 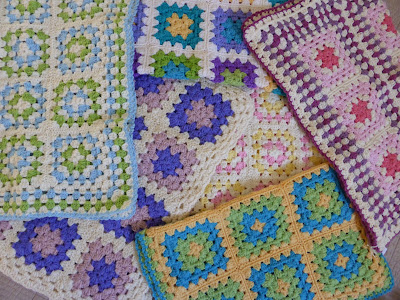 KOGO make up baby bundles for disadvantaged new mums (among other things), and these are a good size for carry baskets/baby capsules/car seats.  I sold some in the local craft shop, but these had been there for awhile, so decided to bring them home, send them off...and make more!  I hope they can use them.


Will leave you with this quote I read recently via Philip Yancey's Grace Notes:


"It is always simple to fall: there are an infinity of angles at which one falls, only one at which one stands."  (G. K. Chesterton)
Onwards and upwards!!
xx
Posted by Lynda at 1:18 PM 2 comments: 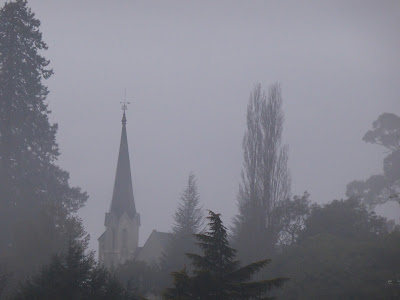 Put the law into the heart, and the whole man is right. This is where the law should be, for in the head it puzzles, on the back it burdens, in the heart it upholds.

God with us in covenant makes us eager to obey His will and walk in His commands.

We are here guaranteed that obedient-hearted man shall be sustained, he will do that which is right, and he shall therefore do that which is wise. Holy action is always the most prudent, though it may not at the time seem to be so.

The Word of God has never misled a single soul yet; its plain directions to walk humbly, justly, lovingly, and in the fear of the LORD are as much words of wisdom to make our way prosperous as rules of holiness to keep our garments clean. He walks surely who walks righteously.
(Charles Haddon Spurgeon)
Posted by Lynda at 3:59 PM 1 comment:

Made this the other day... 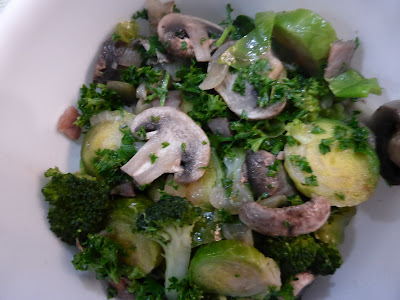 Fry up chopped onion, garlic, bacon (optional) and grated ginger in a little olive oil till onion is soft.

Add  sliced mushrooms, brussel sprouts and broccoli (or any greens that you have).

A 'dash' of cumin, coriander, cardamom or whatever takes your fancy.

Sprinkle with lots of chopped parsley (fresh chopped coriander is nice too but I didn't have any), ground black pepper.

Contact: lyndahkay@hotmail.com
I read in a book that a man called Christ went about doing good.
It is very disconcerting to me that I am so easily satisfied with just going about.
(Toyohiko Kagawa)