From Our Daily Bread ministries (apologies for the white background.  I don't know how to get rid of it, but I hope you'll read anyway)... 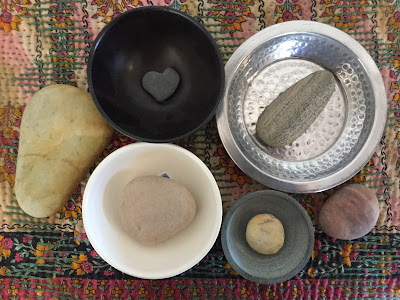 Get Up and Walk - Offering Compassion where We Can.

Accra, Ghana, situated on the Gulf of Guinea in West Africa, is vibrant and growing. An integral part of the city’s bustling scene is its street vendors. They’re everywhere! It’s how business gets done. Representing (mostly) legit entrepreneurs, these hawkers sell just about anything that could be sold in a traditional store; they just do it by the roadside. Once you learn the protocol, it works pretty well. If the vendor doesn’t have your size, he’ll sprint two blocks to retrieve it, chase you to the next intersection (there’s plenty of time with this traffic), and offer you additional colour options.

All cities, however, have their poor, and Accra is no exception. They’re not merely underprivileged; this is a destitute underclass scratching out life at the margins. Often they’re immigrants from other African countries, drawn by opportunities in southern Ghana’s more prosperous economy. And here, the poor are likely to stare directly into your car window.

As soon as you stop at certain intersections (usually the ones you can’t avoid), a squad of earnest-eyed kids begins flitting from car to car. Always, there is the universal sign for hunger—an empty hand gesturing toward the mouth. Please give me money for food, they’re saying. How can you say no?

The hard truth is, you need to say no. Because once you give something to one child, your car will be surrounded by so many clamouring kids you won’t be able to drive. Your only remaining option would be to give away everything in your wallet. And still, there would be more kids insisting on your beneficence.

An even harder truth is that many of these kids won’t get what you give them. Someone is watching, awaiting their cut, i.e., most or all of it. These kids are being exploited by their own harsh circumstances and some very bad actors who rely on your goodwill as they prey on society’s most vulnerable.

But even if they’re not working for someone else, another reason not to give to these kids is that it encourages a lifestyle of begging. In Accra, school is a viable (and vastly preferable) option. If it pays to score some petty cash from a foreigner, why go to school? With no skills, a child making such short-sighted choices will likely remain in poverty for a lifetime. Begging is not a career path.

I bring this up, because a while ago our small group was discussing Jesus’ instructions in the Sermon on the Mount: “Give to those who ask, and don’t turn away from those who want to borrow” (Matthew 5:42). In that same discourse Jesus also said, “If you ignore the least commandment and teach others to do the same, you will be called the least in the Kingdom of Heaven” (Matthew 5:19a).

I took the minority view (in our group)—a view that made me look a bit like Ebenezer Scrooge. I said that Jesus wasn’t telling us to give to everyone by the side of the road. We must give wisely, on a case-by-case basis, or we’ll have nothing left to give. And we won’t really be helping the one we’re giving to.

One of my colleagues gently suggested I was ignoring one of Jesus’ commands by refusing to give to those hungry kids. I replied that my eye has, in the past, offended me, but I have not yet gouged it out (see Matthew 5:29). And anyway, I’d still have one remaining eye, which is certainly more than enough to get me into trouble. More than that, the problem isn’t my eyes so much as it’s my mind. You see the difficulty here, right?

My point was that Jesus’ instructions can’t be stripped from their context and applied indiscriminately and literally to every situation. If we do that, we’ll have a bunch of destitute, mutilated Christians unable to help anyone else. Jesus doesn’t expect us to save the world. That’s his job. He asked us to make disciples. He asked us to teach others to follow his commands. (Matthew 28:19-20).

Shortly after Jesus left his disciples, two of them, Peter and John, encountered a poor beggar who couldn’t walk. Peter told the man, “I don’t have any silver or gold for you. But I’ll give you what I have. In the name of Jesus Christ the Nazarene, get up and walk!” (Acts 3:1-8).

Perhaps we can relate to not having any silver or gold to give, but who among us can identify with miraculously healing a man? How does this apply to us today?

Notice what Peter said: “I’ll give you what I have.” We can do that. But that doesn’t mean we give money to everyone who asks for it until all our money is gone. The point is that all of us can give something that will help someone “get up and walk”. And surely many of us who live in more prosperous communities should be giving money to those who have little or nothing. But we must do so wisely.

Does the image of hungry kids on Ghana’s streets haunt me? Yes! So what can I do? I’ve chosen to give to a reputable Ghanaian work that helps poor rural kids. I contribute to this ministry because the man on the ground there is a personal friend, a Ghanaian who has never forgotten where he came from. I know his integrity firsthand, and I know the work he is doing to help orphans. But always, there is more to do. “You will always have the poor among you,” said Jesus (Matthew 26:11).

Instead of opening our wallets to every single person who asks, we should open our hearts to lifestyle changes of our own and intelligent giving designed to support long-term solutions. It’s possible to give generously and to give wisely.

This article was originally posted on discoveryseries.org

When God blesses you financially, don't raise your standard of living,

raise your standard of GIVING. 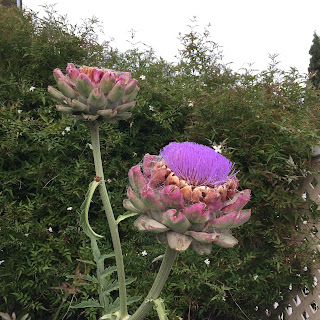