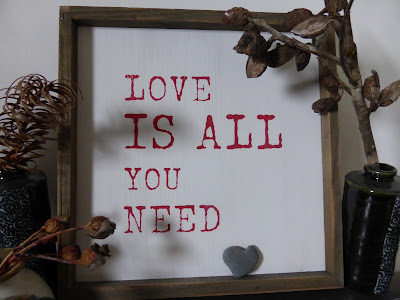 13
Though I speak with the tongues of men and of angels, but have not love, I have become sounding brass or a clanging cymbal.


2 And though I have the gift of prophecy, and understand all mysteries and all knowledge, and though I have all faith, so that I could remove mountains, but have not love, I am nothing. 3 And though I bestow all my goods to feed the poor, and though I give my body [a]to be burned, but have not love, it profits me nothing.
4 Love suffers long and is kind; love does not envy; love does not parade itself, is not [b]puffed up; 5 does not behave rudely, does not seek its own, is not provoked, [c]thinks no evil; 6 does not rejoice in iniquity, but rejoices in the truth; 7 bears all things, believes all things, hopes all things, endures all things.
8 Love never fails. But whether there are prophecies, they will fail; whether there are tongues, they will cease; whether there is knowledge, it will vanish away. 9 For we know in part and we prophesy in part. 10 But when that which is [d]perfect has come, then that which is in part will be done away.
11 When I was a child, I spoke as a child, I understood as a child, I thought as a child; but when I became a man, I put away childish things. 12 For now we see in a mirror, dimly, but then face to face. Now I know in part, but then I shall know just as I also am known.
13 And now abide faith, hope, love, these three; but the greatest of these is love. 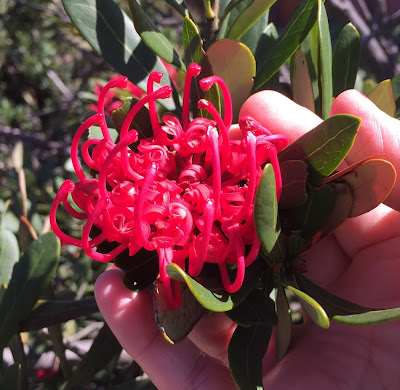 Our delicate little Tasmanian Waratah, much smaller than the better known and larger mainland one (in particular the New South Wales Waratah which is that states floral emblem), but I love ours for it's daintiness :)

Brings to my mind the book title by E F Schumacher 'Small is Beautiful'.

Love doesn't have to be shown in wildly extravagant ways, but can be displayed in the small intricacies of daily life, by a simple thought, word, touch or action.