The greatest of these is love. 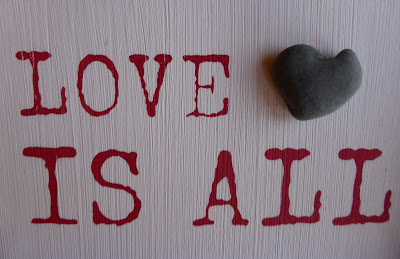 "I'll master it!" said the ax, and his blows fell heavily on the iron.  And every blow made his edge more blunt till he ceased to strike.

"Leave it to me!" said the saw, and with his relentless teeth he worked backward and forward on it's surface till his teeth were worn down and broken, and he fell aside.

"Ha, ha!" said the hammer.  "I knew you wouldn't succeed!  I'll show you the way!"  But at the first fierce stroke off flew his head, and the iron remained as before.

"Shall I try?"  asked the still, small flame.

They all despised the flame, but he curled gently around the iron and embraced it and never left it till it melted under his irresistible influence.

Hard indeed is the heart that can resist love.  "And now these three remain: faith, hope and love.  But the greatest of these is love" (1 Corinthians 13:3)

(from Springs in the Valley - L B Cowman)