Having not made any for a couple of years, I had the urge to make some Irish Soda Bread... 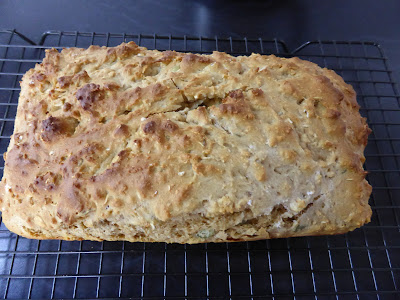 I then had the urge to eat some.!  It's very morish… 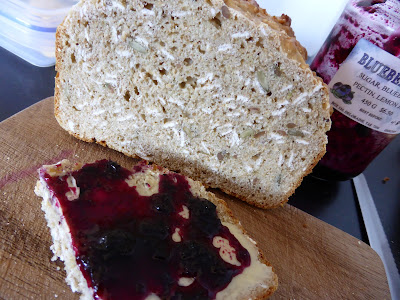 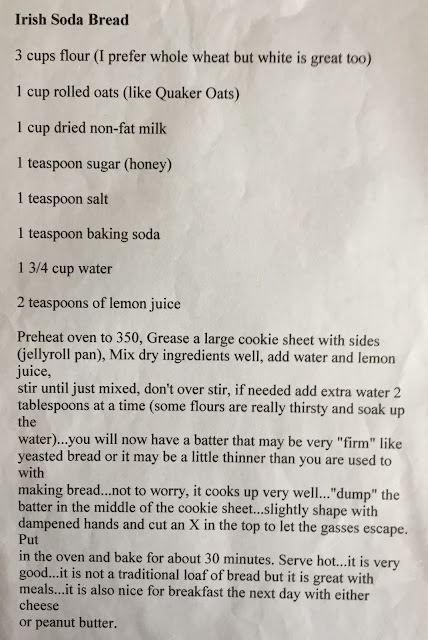 Notes:  My 3 cups of flour were 1 cup white, 1 cup wholemeal, 1/2 cup spelt, 1/2 cup buckwheat (because that was what I had, but you could use any combination).

I used honey instead of sugar.

And I also added some (amount is nonspecific, just what ever you like) sunflower, pumpkin and caraway seeds, but you could also add nuts and dried fruit if you wanted a sweeter version.

And I cooked it in a bread/loaf tin.  This is the first time I've tried this as previously I'd been dumping it onto a tray and getting a more damper shaped loaf, but the loaf tin worked well (and having it a loaf shape), so I will use that in future.

But not so easy to stop eating it!!!

Now instead of cake or biscuits/cookies, I just have a piece of bread.

With a cup of tea!

Maybe man cannot live on bread alone, but you almost could...