Granddaughter Hazel is off to a good start with some of her book collection... 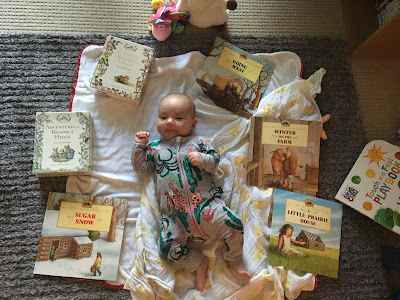 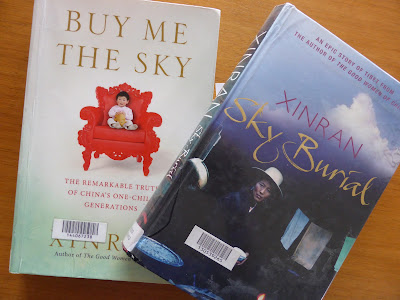 such an interesting read

Looking forward to starting Buy Me the Sky next.  Had not read any Xinran previously, but really enjoying her writing.  And just to clarify, when I said I don't like romance stories (in a previous post), I still don't, but this is a (true) love story, and that's different...

And I love Xinran's dedication to her husband in the book:

"...who knows how to share love and experience and space and silence"

Such a great combination!! 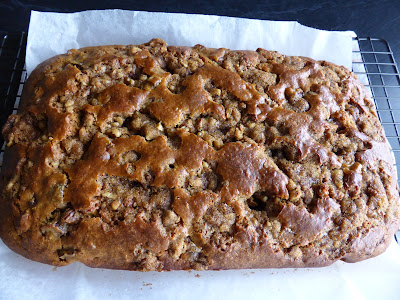 (Notes:  I only used 1 cup of sugar in cake, and may go even less next time.  Substituted some of the white flour with wholemeal, spelt, buckwheat and almond meal. Substituted some of the cinnamon with cardamom, allspice, mixed spice.  I found the 20g of melted butter for the topping too much as it wouldn't 'sprinkle', but just 'clumped', so next time I'll either use less butter or just brush the top of the cooked cake (while still hot from the oven) with melted butter, and then sprinkle with spices and sugar. And I cooked it in one large baking dish rather than the two small.)  The original recipe is HERE  if you want to take a look. 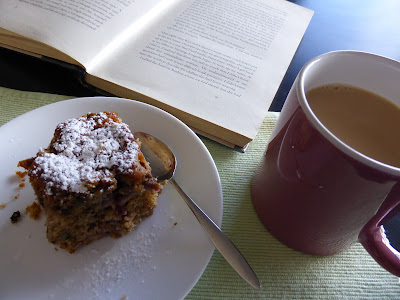 delicious dusted with icing sugar, and a cup of tea

Don't blame me if you can't stop eating it!!