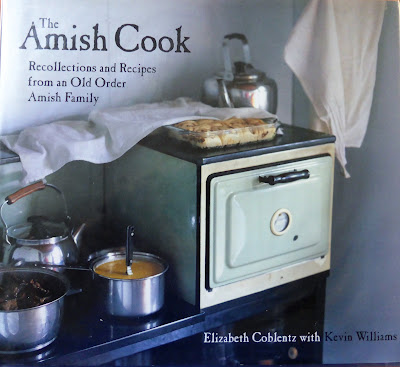 "Mornings haven’t changed much since I was a girl. When I was a young child in my dad and mother’s household, we always had coffee soup, fried potatoes, and cheese in the mornings. Coffee soup is a mixture of coffee, cream, sugar, and toasted bread. Some people like it sweet, but you can make it to your taste.

When I was a girl, eggs were hardly ever fried. We always just scrambled them – I think because we thought it was healthier… We hardly ever had bacon or ham for breakfast. It was just more simple back then. Mother would cook oatmeal in the evening and let it set overnight because my dad liked his fried cornmeal mush in the morning.


There was always a lot of work to do before breakfast. I remember hanging the laundry up by lantern light before going to work at a produce company when I was a teenager. And after Ben and I were married and had started a family, mornings became even more a time of hustle and bustle, especially when all of our children were still living at home. We would wake up at 4am with plenty of chores awaiting us, and then have a good hearty breakfast before the menfolk headed out to work. Everybody got up at the same time and ate breakfast together. Some of the children would go out to milk the cows, and some of them would help prepare breakfast. At one time, we had twelve cows that needed milking every day. Our sons, Amos and Albert, both started milking at age five. We had a big stainless-steel strainer on top of the milk cans. The boys would pour the milk into the strainer to strain it, and a milk hauler would come to take the milk away…


Breakfast is a busy time, but it’s also a quiet time for the family to be together before going their separate ways for the day and a time to listen to the songs of the early morning birds. The sun is usually rising during breakfast and the smell of fried eggs and potatoes is in the air. It’s so nice to see the sunrise. We would have a silent prayer at the breakfast table and then Ben would lead a prayer after breakfast. A perfect way to begin the day…"