Making the most of morning’s predawn hours can be the best way to start the day, whether it’s for reading, ruminating or romanticizing. 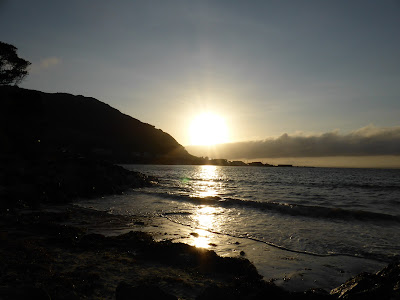 Stanley, Tasmania
The early winter mornings are dark and quiet. Although your warm bed beckons you to climb back inside, starting your day before the day can leave you enlightened and ready to meet life’s later requirements that rise with the sun. It’s not a time to get ahead at work or skim your social media feed—those can wait, as can the laundry, the shopping list and the call to your mother. These things will get done, but the predawn hours offer you the chance to do something for yourself and should therefore be protected.
Countless other early birds have refused to let menial daily tasks bully this golden time. Before entering her studio for the day, Georgia O’Keeffe woke at dawn to her dogs barking, warmed up with tea and then took a walk. Henry David Thoreau ventured out into the frigid morning to hear the first birdsongs. While his wife slept in, P.G. Wodehouse did calisthenics on his front porch before reading pop fiction over coffee cake, toast and tea.
Others rose early to pursue their passions before beginning their normal life. Sylvia Plath woke at 5 a.m. to write before tending to her two young children, as did Toni Morrison, who raised her two sons while working in a publishing house. (“It’s not being in the light,” she said. “It’s being there before it arrives.”) His days filled with business, Frank Lloyd Wright developed his architectural designs from 4 to 7 a.m., and Immanuel Kant meditated over a pipe and weak tea before heading to the local university to teach science.
Rising at the same time every day with ceremony can establish a ritual (plus, the consistency helps prevent you from giving up). Whether you wake to work on a passion project or indulge in doing nothing, beginning with a routine makes this time distinct. The night before, prep your French press or set out your loose-leaf tea so all you have to do in the morning is stumble in and blearily boil water. Listen to Glenn Gould’s version of Bach’s Goldberg Variations—or Daft Punk if you prefer. If you crave a more ascetic start, put on a sweater and slip over to your desk without a sound. The morning may be cold, but you’ll warm as you awaken and devote a fresh and unadulterated mind to your fascinations.
And if you can’t rouse yourself despite your best intentions? Perhaps you incessantly push the snooze button or decide that no amount of predawn enlightenment is worth the lull you fall into by midafternoon. Thankfully, the fullness of life is not proportionate to how early you rise. Proust slept during the day and worked through the night, George Gershwin came home after evening parties to compose music until dawn, and George Sand often left her lovers’ beds to write in the midnight silence that inspired her.
Whether their gravitational pull was toward morning or night, these visionaries all established a daily space only for themselves and refused to let their creative spirits hibernate. Their efforts were both large and small, but always deliberate. If all you do is wake up 15 minutes earlier to sip and not gulp your coffee, then you’re opening yourself up to a more intimate life. As the poet Johann Wolfgang von Goethe once said, “The early morning hours have gold in their mouth.” And who doesn’t want to be dusted with gold?
(From Kinfolk - words by Margaret Everton) 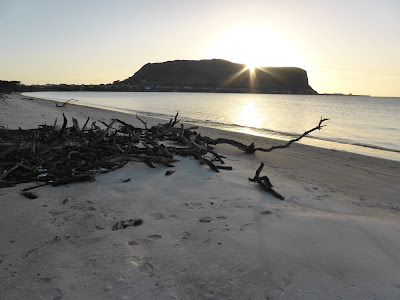